Previously known as PuraTHRIVE, we’re Purality Health! Click here to learn more about our name change.
MOTHER’S SAY SALE IS NOW LIVE! Access up to 35% OFF, FREE Shipping, and a FREE Gift!

Have you ever gone to someone’s home and they have plants everywhere? On shelves, tables, windowsills, hanging from the ceiling? Them making a jungle out of their living room may seem crazy at first, but when you look at the science, they’re actually doing themselves a great service. Okay, maybe you don’t need to have a hundred plants, but the research has shown that having some natural greenery in your living area is great for your mental and physical health.

Here are 6 ways that having plants in your home benefits you: 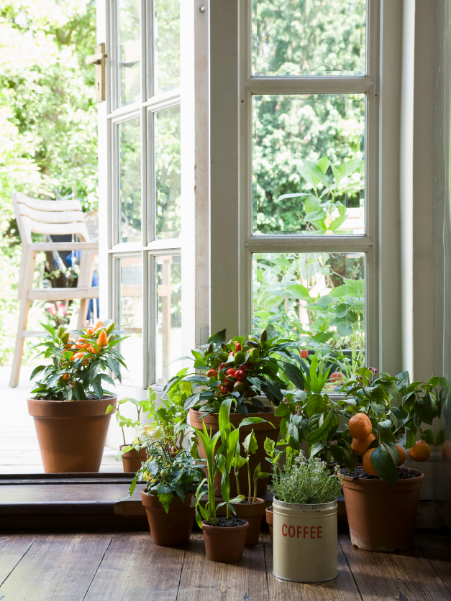 When you breathe, you take in oxygen and release carbon dioxide. When plants undergo the process of photosynthesis, they do the opposite. So, naturally, having plants around increases the air quality in your home. But it doesn’t stop there.

Because of things like household cleaners and factory-made items that off-gas chemicals, volatile organic compounds (VOC’s) can be present – and stuck in – your home. According to NASA research, however, plants eliminate these carcinogens by absorbing them into their soil and roots and using them as food. The research has suggested that plants remove most VOC’s from an environment, along with bacteria. [1-2]

Generally speaking, plants release 97 percent of the water they absorb into the air as moisture vapor. This naturally increases the humidity of a room, which helps ease and prevent respiratory illnesses. Studies have shown that, because of this, indoor plants decrease the frequency of dry skin, dry coughs, and sore throats. With plants, you get all of this with no increase to the electricity bill, unlike other household humidifiers! [3] 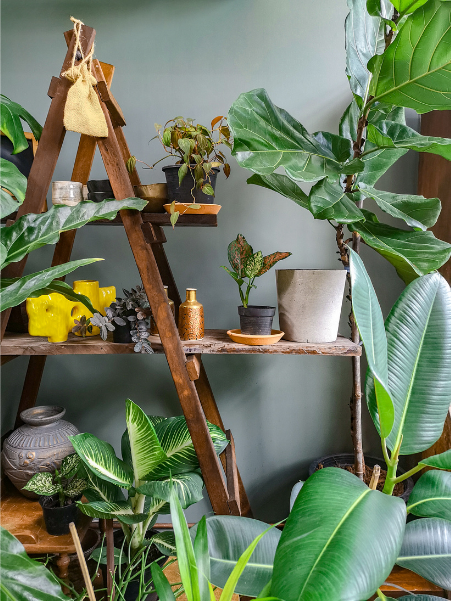 A 2009 study by the University of Kansas randomly placed patients recovering from a hemorrhoidectomy in either a hospital room with plants or one without. Patients who recovered in the plant room had lower ratings of discomfort, less nervousness, and less fatigue than those in the room without plants. The patients in the room with plants also gave a higher satisfaction rating regarding their room and their recovery. And they recouped faster. [4]

A study done by the Agricultural University of Norway found that the introduction of plants to an office workplace resulted in a 25 percent decrease in unwellness, including fatigue, concentration issues, dry skin, and eye/nose irritation. [5]

Clearly, the presence of plants has an effect on humans both mentally and physically, providing a healthier environment overall. But it gets better…

Helps Calm You Down

Many studies have been done on the stress-relieving benefits of getting out into nature.

We even wrote a blog about it, here.

It makes sense, then, that having some of that nature brought inside would provide similar benefits. There have been several studies on this, and their findings are always the same. 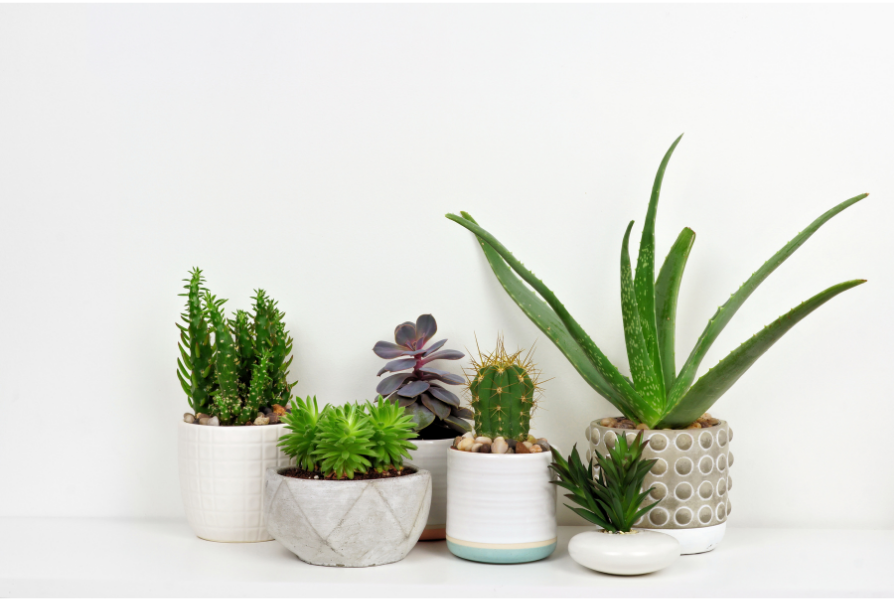 Another study gave participants either a computer task or the task of transplanting an indoor plant. Those who transplanted the plant had significantly lower blood tension than the computer group, and they reported feeling more comfortable and soothed following the task. The same was then found when the participants switched tasks. Researchers concluded that when we interact with plants, it reduces both physiological and psychological stress. [7]

Yet another study found a significant reduction of stress in participants after just three minutes of sitting with a houseplant. [8]

These studies are plentiful, and they always find the same conclusion. Plants – indoor or outdoor – leave us feeling calm and relaxed.

Even just looking at the greenery of plants has been found to promote emotional stability. It’s no wonder, then, that having the colors and shades of nature inside your home benefits well-being. [9] 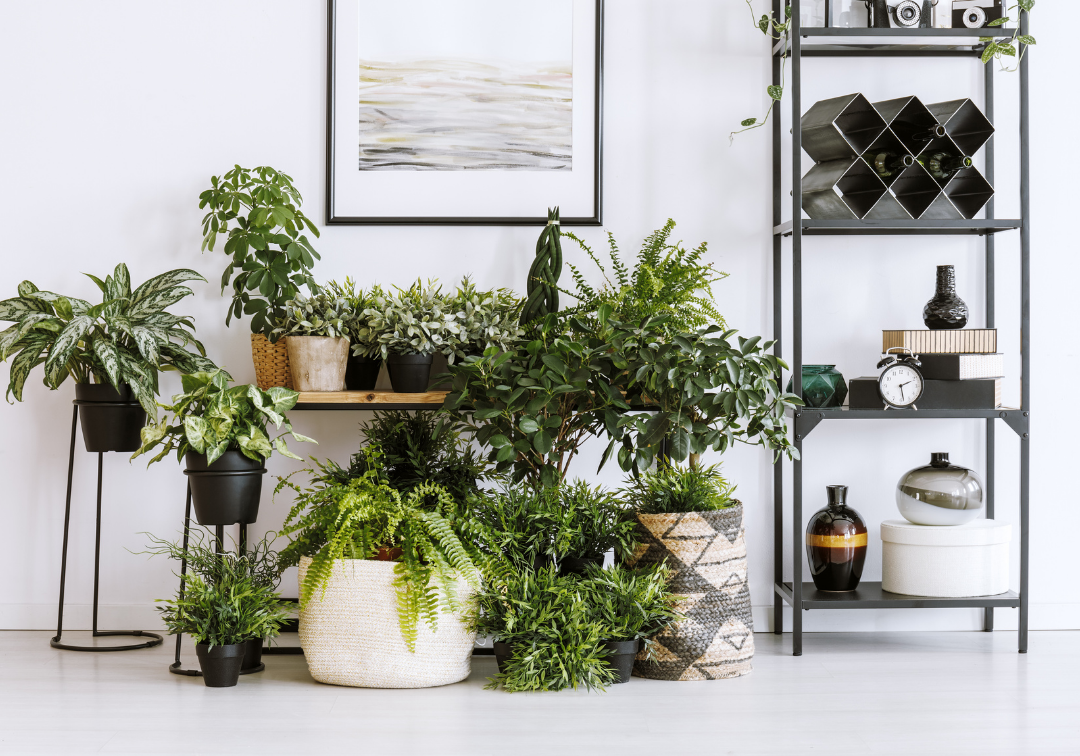 A study from the University of British Columbia compared the response of participants asked to photograph and reflect on man-made objects to those asked to do the same with any form of nature – from the deep wilderness, to a dandelion growing through a crack in the concrete, to a common house plant. Holli-Anne Passmore, the study’s lead researcher, said this of the nature group:

“The difference in participants’ well-being – their happiness, sense of elevation, and their level of connectedness to other people, not just nature – was significantly higher than participants in the group noticing how human-built objects made them feel…” [10]

Studies have also shown that those who own and take care of house plants are happier, more compassionate, and more likely to have stronger relationships with others. [11]

Numerous studies have been done on how having plants in the workplace benefits employees. Office settings can be bland and boring. If the plain beige wall behind your desk has got you down, plants can not only spruce things up, but also help you get more work done! 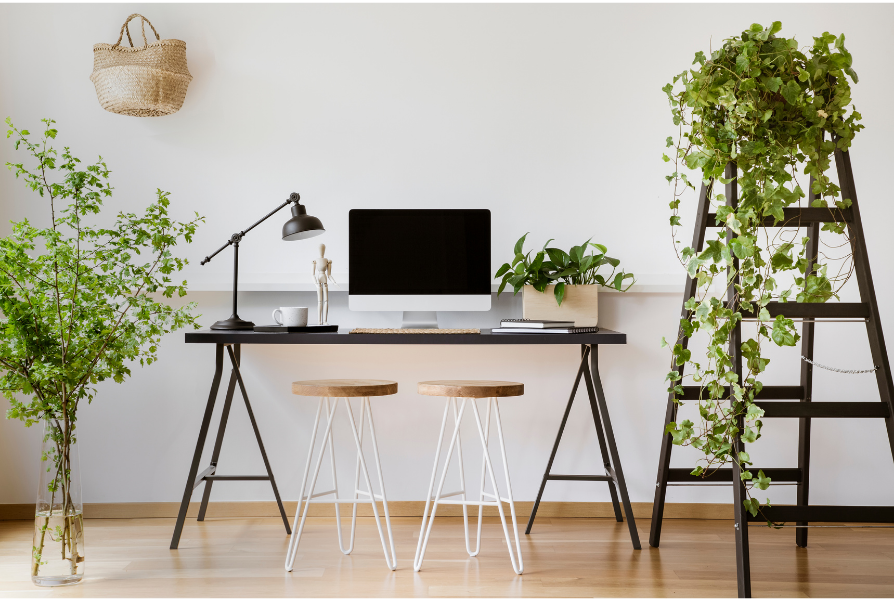 According to research by the University of Exeter, simply adding indoor plants to a work environment increases work productivity by 15 percent. They found that the presence of plants improves memory retention and helps employees score higher on basic tests. [5]

A study at The Royal College of Agriculture in England found that students were 70 percent more attentive when taught in rooms containing plants. The same study also found an increase in attendance for classes that included plants. [3]

Texas A&M conducted a research study that found that keeping plants in the office can boost creativity by at least 15 percent.

Whether you work from home or in an office, the investment in a few plants is well worth it. With plants planted around the office (ha), you could see the productivity of your workplace increase quite a bit!

It is Greener on the Other Side

It really is greener on the other side, that is, if you’re currently in a plant-less environment and the other side has plants. Having house plants around livens things up – literally. Taking the time to care for them is a small price to pay to get all of the great benefits plants have to offer.

If you feel as though your mood needs a boost, plants can certainly help. But another thing to try is vitamin B12!

If this is you, Purality Health has got you covered. Our Micelle Liposomal B12 is made to be absorbed! With all-natural ingredients, with our B12, you can be confident that you’re getting your money’s worth out of every dose!

Not sure if it’s for you?

That’s okay! We have a 180-day return policy. This means there’s no worrying about the price if you wanted to give it a try!