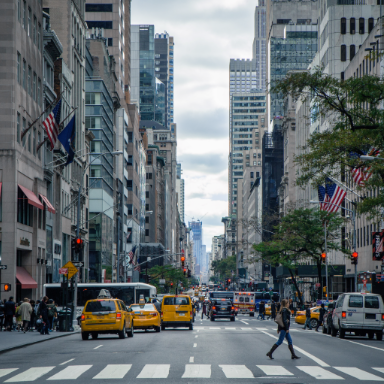 Forest bathing comes from the Japanese phrase shinrin-yoku. It means the same thing in Japanese as it does English. But it doesn’t involve soap — just a willingness to venture into nature.

Living in the concrete jungle of the city, it’s easy to forget that we humans are a part of nature. Until the industrial revolution prompted urban development 200 years ago, most of our ancestors lived amongst the trees. Today, many of us don’t have the privelige of being near nature. But whether we live in a metropolitan area or are just too busy to venture into the parks, we’re missing out on an integral piece of what makes us happy and healthy as human beings.

The Many Benefits Of Nature

A plethora of studies have shown the positive effects of spending time in nature. A meta-analysis of over 140 studies involving more than 290 million participants done by UEA Norwich Medical School in England found that “living close to nature and spending time outside has significant and wide-ranging health benefits.” 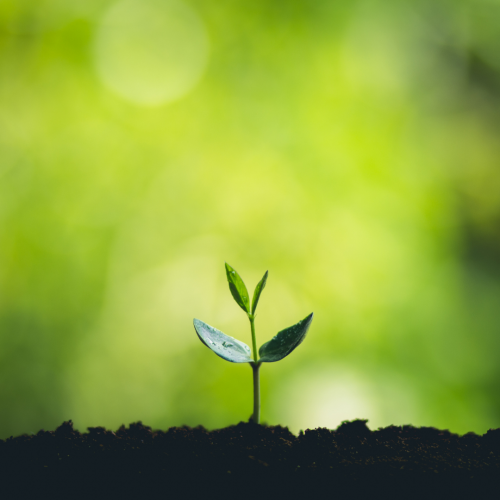 Amongst those spending time in nature, researchers observed a reduction in the risk of health issues. They also discovered that those frequently exposed to greenspace had longer sleeps, lower levels of stress, and significantly less salivary cortisol levels. [1]

Those in touch with nature have also been found to be happier. Researchers discovered that people who spent 120 minutes per week in nature – whether all at once or incrementally – were significantly more likely to report good health or higher well-being. [2]

However, you don’t need two hours in nature to see results. Various studies that measured participants’ stress levels while looking at views of trees, plants, and water found a reduction in muscle tension, heart rate, and other signs of stress in just three to five minutes. 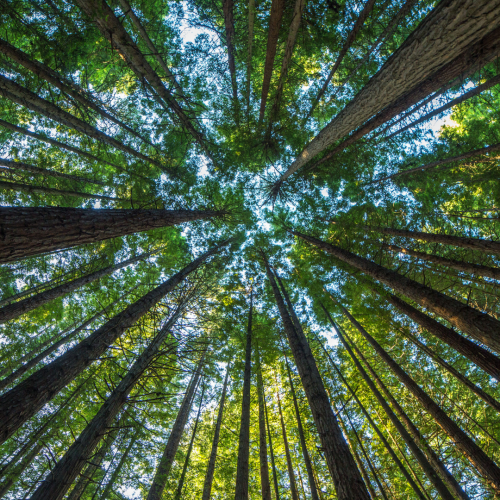 Green space can also help hospital patients in recovery. In 1984, researchers looked at the medical records of patients recovering from gallbladder surgery in a Pennsylvania hospital. With everything else being equal, patients who were in a room with a window that overlooked leafy trees healed, on average, a day faster, needed substantially less medication, and had fewer complications than those in a room with a window that faced a brick wall.

A similar study in Sweden randomly assigned 160 heart patients to rooms that had either a wall photograph of nature, abstract art, or nothing. The patients with the nature photograph required less medication and reported less stress than the others. [3]

Even choosing what street you live on makes a difference. A study that looked at neighborhoods in Toronto found that those living on streets with more trees reported significantly higher health perception and were less likely to develop certain health problems. On average, researchers found that 10 more trees on a city block increased one’s health perception comparable to if the person were 7 years younger. [4]

So, what causes all of this?

Once you think about it, the idea that nature soothes us makes sense. But what’s the science behind it?

An easy theory for why those living near green spaces are healthier and happier is that they are more likely to get out. If you live beside a park, chances are you’ll feel more motivated to go for a walk, jog, or bike ride than you would if you lived beside, say, a shopping mall.

However, this doesn’t explain the fact that a simple walk through the woods can reduce stress and heart rate. If a one-time visit to the forest has beneficial health effects, it’s more than just a difference in lifestyle. [5] 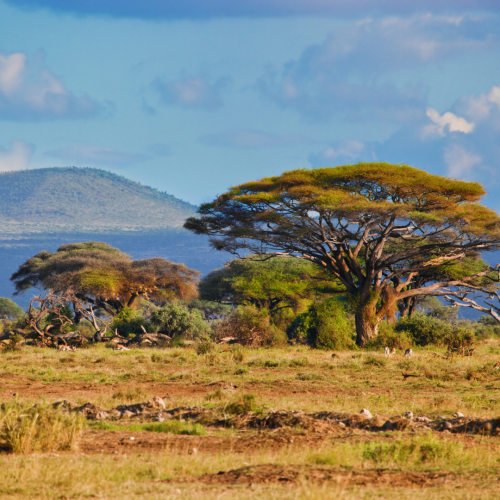 As previously mentioned, humans are a part of nature. Within several studies, researchers discovered that humans respond best to nature images that depict a savanna. Evolutionary biologists theorize that this may be because that’s where humans evolved. From the dawn of man, trees and water have indicated an oasis, sprouting plants were a sign of food, the openness of a field made it easy to spot predators, and the caves offered a safe retreat.

Now, having progressed from our natural environment, our body may not know how to properly respond to the abundance of stimuli in the modern world. External sounds, which are meant to alert our body of potential danger, are everywhere in the city. In some regions, it doesn’t stop.

A study involving those who lived near 7 major European airports found that a 10-decibel increase in airplane noise was linked to a 28 percent rise in medication use. Another found that those living in noisy traffic areas were 25 percent more likely to show symptoms of mood swings. 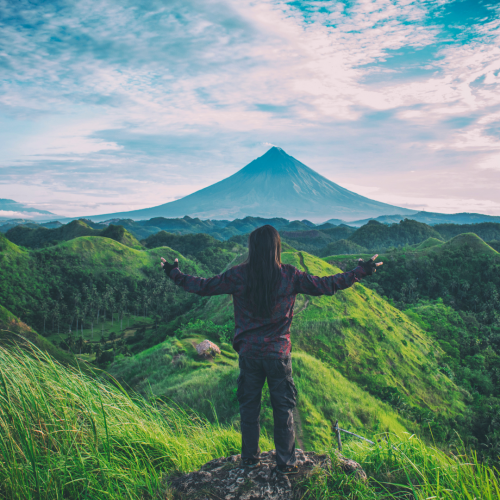 Even when asleep, our bodies react to their environment. One study which had participants sleeping in their homes while listening to audio recordings of aircraft found that on the nights with the most noise, participants slept worse, showing more signs of vascular damage, inflammation, and stress hormones the next morning.

This bodily reaction is because the noise triggers a fight or flight response in our body, releasing adrenaline and stress hormones in order for us to act efficiently. However, when the noise is constant, so are the stress hormones. Eventually, this continuous output leads to mental and physical health problems, according to researchers. [6]

Humanity has spent most of its existence in nature. It wasn’t until the last 100-200 years that most of us started calling large cities our home. So, it makes sense that we aren’t equipped for this new environment. But, as the research has shown, keeping connected with nature can certainly help. 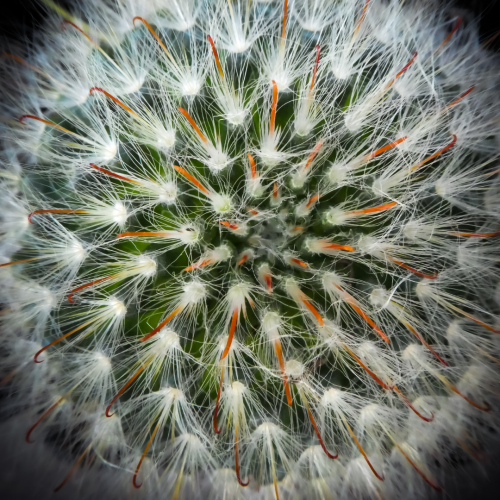 A fractal is a pattern repeated at different scales. They are everywhere in nature. Clouds, trees, snowflakes, and river systems are all examples of fractals. And the research has shown that humans like looking at them.

Richard Taylor, a physicist at the University of Oregon, realized in the late 1990s that Jackson Pollock’s famous poured paintings followed the pattern of fractals. This, he theorized, was why people enjoyed them so much.

He followed this discovery with a number of studies, finding that those who looked at fractal paintings and fractals in nature recovered from stress 60 percent faster than those who did not, that the viewer’s frontal lobes produced feel-good alpha brainwaves, and that the same parts of the brain lit up while looking at fractals as when people enjoy music.

An additional study that measured the eye movements of an observer when shown fractals found that the eyes naturally followed the fractal pattern. The eye first observed the pattern’s larger parts, then its smaller parts, until the whole image had been captured.

Taylor states that our visual system is hardwired to understand fractals. However, placed in a bustling city street, our eyes find no pattern – only chaos – and this can lead to stress. [7] 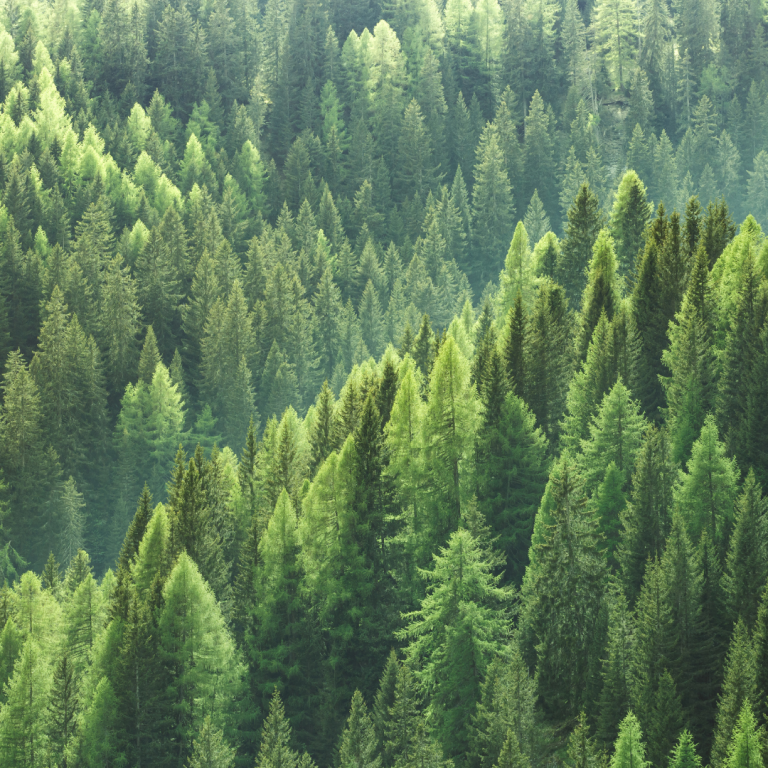 Terpenes are organic compounds that plants produce. They’re emitted for various reasons like warding off herbivores or attracting the predators of herbivores. If you’ve ever smelled the soft aroma of lavender, a colorful flower, or a pine tree, you’ve breathed in terpenes. And, if you haven’t already guessed, the human body responds positively to their presence.

Research has shown that specific terpenes can have an array of health benefits for humans. In one study, terpenes from basil, oregano, black pepper, and cannabis displayed antioxidant and alleviating effects. Lavender has a calming, sedative effect. And, according to research, the ambient terpenes of a forest leaves a lasting mark on humans as well. [8]

A review of terpenes gathered through nature therapy sessions – the simple act of getting outdoors – found that the forest terpenes had neuroprotective benefits for the participants. [9]

Perhaps your usual relaxing activity isn’t as calming as you once thought. Reading a book may seem relaxing, but the traffic outside may be preventing your body from truly finding peace. Or, your daily walk could be more beneficial if you took a stroll through a park instead of the city.

So, be easy on your body and get out into humanity’s natural environment as much as possible. It does more than you think! 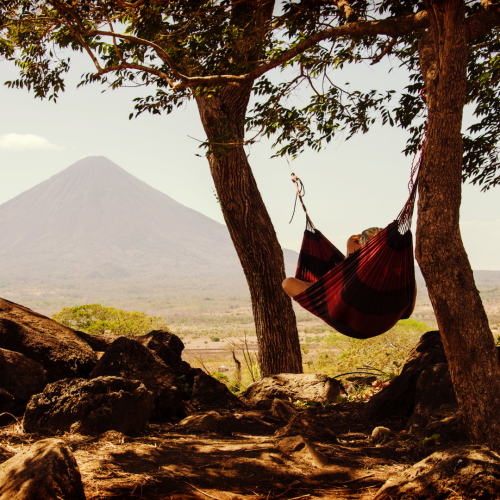 Speaking of stress hormones, vitamin C can manage the release of cortisol — the hormone that activates the flight or fight response — in these stressful situations. Studies have revealed that those with high vitamin C levels don’t show the expected signs of mental and physical stress when faced with challenging situations. They also bounce back from stress faster. [10]

If you can’t find the opportunity to get out into nature and relax, Purality Health has you covered. Our Micelle Liposomal Radiant Vitamin C contains only the highest quality ingredients. Made with bioavailability in mind, our micelle liposomal formula assures that your body absorbs and uses the vitamin C. So, relax, and take care of your stress with vitamin C! [11]