Do you ever have trouble recalling something from the past, such as the name of a friend from high school or college? It’s easy to shrug it off when you forget things that may be years in the past. Memory slips happen to the best of us.

But what about things in the short-term? Forgetting a detail you learned recently, or not remembering something you saw just the other day can be frustrating.

Though genetics can play a role in memory, research has shown that lifestyle choices can have a major impact as well.

In today’s blog, we’ll cover 13 ways that you can help improve your memory.

Too much added sugar has been linked to a host of health issues, and cognitive decline is no exception.

Research has shown that a diet high in sugar can lead to reduced brain volume, especially in parts of the brain which store short-term memories. This, as you can expect, results in poor memory. [1, 2]

One study involving thousands of people compared those who consumed sugary beverages like soda against those who didn’t and found that those with the higher sugar intakes had poorer memories. [2] 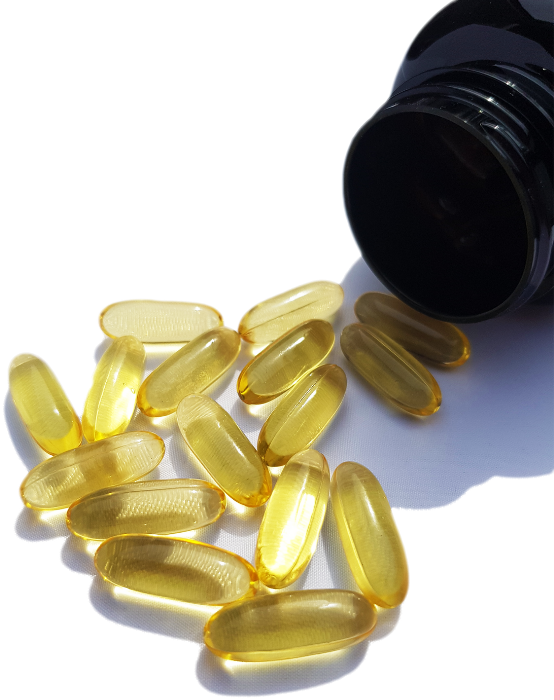 Fish oil is rich in healthy fats that your body needs such as eicosapentaenoic acid (EPA) and docosahexaenoic acid (DHA).

Not only have these fats been shown to support heart health, promote a healthy inflammatory response, relieve stress, and more – they can slow mental decline. [3, 4]

As such, research into fish oil has shown that it can benefit brain health, especially in older adults.

One study in people with mild cognitive impairment showed an improvement in memory and memory tests after taking daily fish oil tablets for 12 months. [5]

And this isn’t the only study of its kind. A review of 28 similar studies found the same thing – when adults with mild symptoms of memory loss took supplements rich in DHA and EPA like fish oil, they experienced an improvement in their memory. [6]

This is all likely because both DHA and EPA are vital to the health and functioning of the brain.

Meditation can have a positive impact on the health of your brain in many ways.

Because it’s relaxing and soothing, it has been found to reduce stress, pain, and blood pressure, as well as improve memory. [7]

Meditation can also enhance memory by increasing gray matter in the brain. This is a substance that contains neuron cell bodies. As we age, gray matter declines, which contributes to poor memory and cognition. [8, 9]

But meditation doesn’t just benefit those of us getting into older age. Meditation and relaxation techniques have been shown to improve memory in people from aged 20 and onwards. For example, one study done on college students showed that meditation improved their memory as well. [10, 11]

Inadequate sleep is a large factor when it comes to memory issues. This is because while we sleep, a process called memory consolidation occurs, where short-term memories are strengthened and transformed into long-lasting memories. [12]

One study looked at how sleep influenced a memory test in children. One group was tested in the evening, then again in the morning following a night of rest. The other group was tested twice on the same day, with no sleep in between the tests. The group that slept between tests scored 20% better than those who didn’t. [13]

Another study tested college students, then tested them again after being awake for 36 hours. Unsurprisingly, researchers found the participant’s memory to be impaired following the sleep deprivation period. [14]

For optimal health, it’s recommended to get between 7-9 hours of sleep per night.

Practicing mindfulness can sometimes be a challenge, but it offers great benefits. 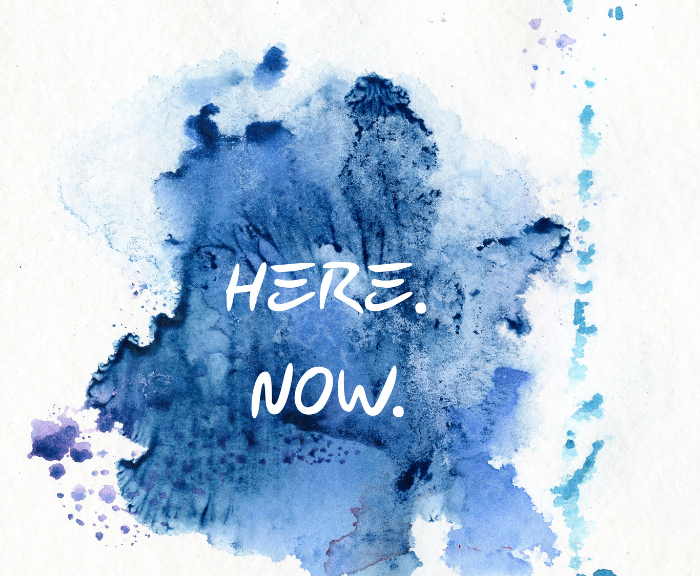 Mindfulness involves focusing on the present – maintaining an awareness about your current situation, including your surroundings and feelings.

Studies have shown that practicing a mental state of mindfulness can lower stress and improve concentration and memory.

One study involving hundreds of college students showed that those who had gone through mindfulness training had improved memory over the students who did not receive the training. [15]

The act of mindfulness has also been linked to a decreased risk of age-related cognitive decline, as well as an overall improvement in mental well-being. [16]

Throughout your day, focus your attention on your present situation, your surroundings, along with each breath. This will help your mind from wandering to any stresses you may be facing.

Here’s another that comes as no surprise. Of course, alcohol inhibits short-term memory while under the influence. But research shows that it goes deeper than that.

This is likely because alcohol exhibits neurotoxic effects on the brain, damaging the hippocampus, a part of the brain that plays an important role in memory. [18]

While having a few occasional drinks is harmless, regularly binge drinking can have a negative impact on your memory.

Playing brain games is a fun and effective way to increase memory and exercise your cognitive skills. These can include crosswords, anagrams, word-recall games, and a plethora of mobile apps that are designed to make you concentrate.

One study involving adults with mild cognitive impairment found that regularly playing these types of games over a four-week period improved their performance on memory tests. [19]

A similar study which included over 4,700 people found that doing just 15 minutes of an online brain-training program at least five times per week significantly improved their memory and other cognitive abilities. [20]

To top it all off, research has shown that these brain-training games can help reduce the risk of cognitive decline in older adults altogether. [21]

8. Cut down on refined carbs

Cakes, cereal, cookies, white rice, and white bread may all be harming your memory. That’s because these foods often contain refined carbohydrates which the body digests quickly, spiking blood sugar. And research has shown a link between these refined carbs and cognitive function, including memory. [22]

One study that included hundreds of healthy children found that those who ate more refined carbs had poorer memory. [23]

9. Make sure you have enough vitamin D

Vitamin D is a crucial nutrient that plays an important role in many functions throughout the body. As such, low levels of vitamin D have been linked to several health issues, including a reduction in cognitive function.

One study that followed hundreds of adults over the span of five years found that those with the lowest levels of vitamin D were losing their memory and cognitive function faster than those with normal vitamin D levels. [25]

Other research has also shown that low levels of vitamin D is linked to a greater risk of cognitive decline. [26]

Unfortunately, vitamin D deficiency is quite common, as it can be difficult to get enough naturally.

Worried that you may be low on vitamin D? Click here to see the symptom checklist. 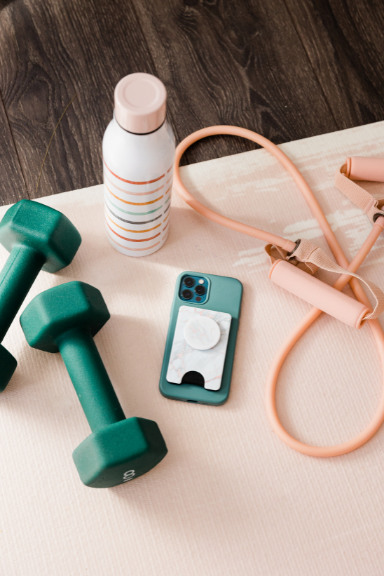 Good old exercise. How doesn’t it benefit you?

Important for your physical and mental health, research has shown exercise can benefit the brain and improve memory for people of all ages.

One study involving people aged 19 to 93 showed that just one 15 minute session of moderate exercise on a stationary bike led to improved cognitive performance, including memory. [27]

Research has shown that exercise can trigger an increase in neuroprotective proteins as well as improve the growth and development of neurons, which improves brain health. [28]

This is likely why exercising in midlife has been linked to a decreased risk of cognitive decline later in life. [29]

Eating plenty of anti-inflammatory foods may help improve your memory, according to research. Foods high in antioxidants can help lower inflammation, protecting your brain.

Fruits and vegetables are loaded with antioxidant compounds that can support your health.

A recent review of nine studies involving over 30,000 participants found that those who consumed more fruits and vegetables had a lower risk of cognitive decline than those who ate a diet consisting of less healthy foods. [30]

And one study of over 16,000 women showed that those who ate more berries had a slower rate of cognitive decline than those who didn’t frequently eat berries. [31]

For a list of anti-inflammatory foods, check out our blog 14 Amazing Anti-Inflammatory Foods.

Speaking of anti-inflammatory foods, one of the most powerful ones out there is curcumin.

Curcumin is the main compound found in turmeric root. And it can greatly benefit the health of your brain.

Brain-derived neurotrophic factor (BDNF) is a key molecule which plays a role in the survival, growth, and maintenance of neurons. Age and stress lower BDNF levels, which is unfortunate as low levels impact cognition, learning, and memory. Luckily, research has found that supplementing curcumin can significantly increase BDNF levels. [32]

On top of that, several animal studies have found that curcumin can reduce oxidative damage and inflammation in the brain, boosting memory and preventing cognitive decline. [33, 34, 35]

What’s the best way to get curcumin? Click here to find out.

13. Add some cocoa to your diet

That’s right, chocolate! Okay, fine, maybe not just any chocolate bar off the shelf will do. But some will…

It all depends on the amount of cocoa present.

Typically, the darker the chocolate, the more cocoa. Cocoa is extremely high in antioxidants called flavonoids. Research shows that these can benefit the health of the brain by stimulating the growth of blood vessels and neurons, while increasing blood flow throughout the brain.

One study found that those who regularly consumed chocolate high in cocoa demonstrated better memory than those who ate chocolate with low levels of cocoa. [36]

To learn more about the benefits of chocolate, click here. 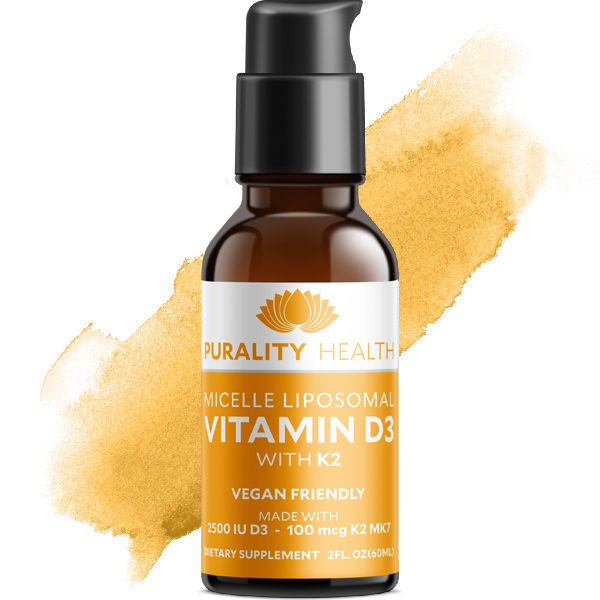 If you find that you’re forgetting things more and more…

It could be your vitamin D levels.

We want you to be at your best every single day.

That’s why we’ll let you try our highly-absorbable Liposomal Vitamin D3 with K2 for 180-days risk-free.

Because why should you pay for something that isn’t benefiting you?

To learn more about this special offer…

Along with ingredients, reviews, and more…