Though the digestive system is made of an array of organs which all work together to take in and digest food – such as the esophagus and stomach – the “gut” refers mainly to the small and large intestine.

In your gut there lives over 100 trillion bacteria, known as the “gut flora” or “gut microbiome”. This bacteria is crucial for overall health. But there are several diet, lifestyle, and environmental factors that can affect the microbiome, and subsequently your health.

In today’s blog, we’ll cover 8 of these things.

Why is gut bacteria so important? 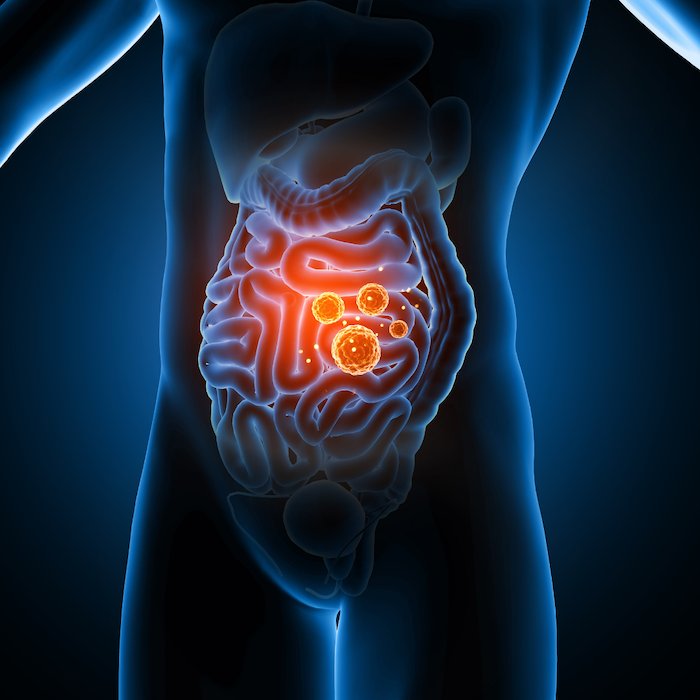 Among these trillions of bacteria, there are hundreds of different types of species. Some of these are friendly, while others… not so much.

The friendly bacteria is important for digestion, along with other processes related to immunity, cognition, and even the health of the skin. They also destroy harmful bacteria and produce important nutrients that the body needs. [1, 2]

However, when there exists more harmful bacteria in your gut than good, general health can suffer. This imbalance has been linked to insulin resistance, inflammation, weight gain, obesity, inflammatory bowel disease, and even certain types of cancers. [3, 4, 5, 6]

For this reason, it’s important to ensure that your gut has more good guys (known as probiotics) than bad guys.

Now let’s look at 8 things that may be negatively impacting your gut microbiome.

1. Not eating a diverse range of foods

Your gut is at its healthiest when it contains a rich and diverse population of bacteria. [7]

This is mainly because you’ll have more difficulty recovering from things like infections or antibiotics if your gut lacks diversity. [8, 9]

To help build up a more diverse gut flora, eat a diet consisting of a wide variety of fruits, vegetables, and whole grains. What’s amazing is that doing so will change up your microbiome in only a few days. [7, 10, 11]

It’s like the old saying – you are what you eat. And the food you eat provides the nutrients which help the bacteria in your gut grow. This is why the more nutrients you take in, the more diverse your gut microbiome will be.

But unfortunately, Western diets don’t tend to be very diverse, with most types of foods coming from a small amount of plants or animals. Research has shown that those living in places like Africa or South America – where more assorted, plant-heavy diets are consumed – have a more diverse gut flora than those living in Western countries. [12, 13]

If you’re not taking in enough prebiotics, your gut microbiome is missing out on something else that’s crucial for the growth of healthy bacteria.

Prebiotics – not to be confused with probiotics – are a type of fiber that promotes the growth and activity of friendly bacteria. Research has shown that a diet low in prebiotic-rich foods has a negative impact on overall digestive health. [14, 15]

Research has shown that an increased intake of these prebiotic-rich foods can promote the growth of healthy bacteria, boost the production of nutrients that support digestive health, reduce inflammation in the colon, and lower cholesterol levels.. [16, 17, 18, 19, 20, 21] 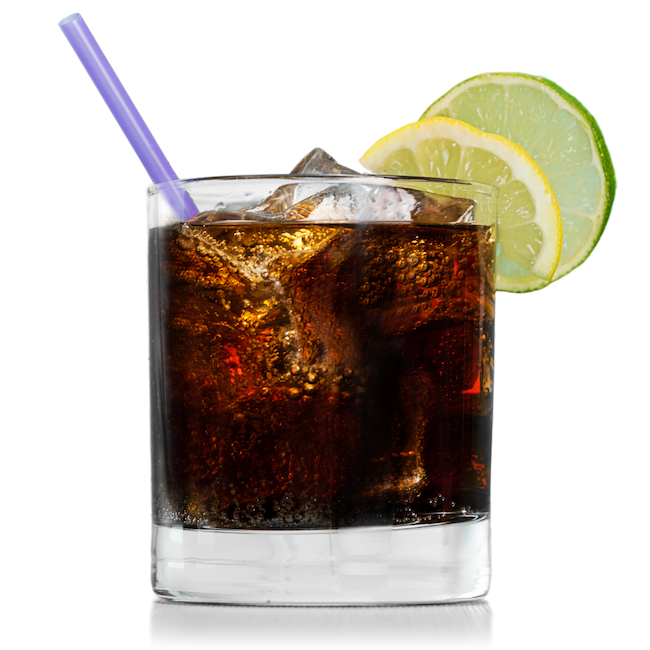 According to research, chronic alcohol intake can lead to poor gut health, including the presence of far more bad bacteria than good bacteria. This is referred to as dysbiosis.

One study compared individuals who drank everyday to those who drank rarely or never. Out of those who drank, 27% of them had dysbiosis, where none of the non-drinkers had the imbalance. [22]

Another interesting study compared different types of alcohol intake. Participants were given either red wine or gin daily for 20 days. At the end of the study, researchers saw that the gin decreased the number of beneficial bacteria in the gut, while the wine actually increased the presence of certain types. Additionally, the red wine decreased certain strains of harmful bacteria. [23]

Researchers believe that this is due to the polyphenols – antioxidant-rich plant compounds – present in the wine.

So if you’re going to be indulging in a few drinks, maybe wine is the way to go!

Antibiotics are a type of medicine that treats infections and diseases caused by bacteria. They kill bacteria and prevent them from multiplying. In the last 80 years, they’ve saved millions of lives.

However, they come with a drawback. While antibiotics may eliminate bad bacteria that you want to get rid of, it also affects good bacteria.

Research has shown that even just one treatment of antibiotics can negatively affect the diversity of the gut flora. To make matters worse, these treatments can even increase the amount of bad bacteria. [24, 25, 26, 27]

As such, if you’re on an antibiotic treatment, or have to go on one, it’s best to pair it with probiotics and gut healthy foods. It’s also important to follow your treatment with daily probiotics in order to allow your gut’s healthy bacteria levels to replenish.

L. rhamnosus is the most studied probiotic strain out there and is known to promote the growth and development of healthy bacteria. Click here to learn more.

It may be strange to think that even exercise can impact the bacteria living in your gut, but it’s true!

According to research, physical activity can alter the gut microbiome and improve gut health. [32, 33, 34]

Higher fitness levels have been linked to higher levels of good bacteria and the nutrients they produce.

Multiple studies have shown that athletes have higher levels of several different types of beneficial gut bacteria when compared to non-active individuals in otherwise similar demographics. [35, 36, 37, 38, 39, 40]

Tobacco smoke is loaded with harmful chemicals, 70 of which can cause cancer. [41]

Unsurprisingly, one study found that quitting smoking increased the diversity of the gut, improving digestive health. [44]

7. Not getting enough sleep

Like exercise, sleep is beneficial for overall health, and your gut is no exception.

When it comes to the bacteria within your gut, researchers have found that they follow a circadian-like rhythm – a cycle which is largely dictated by sleeping patterns. As such, shift work, staying up unusually late, or eating late can all have a negative impact on the bacteria in your gut. [45, 46, 47] 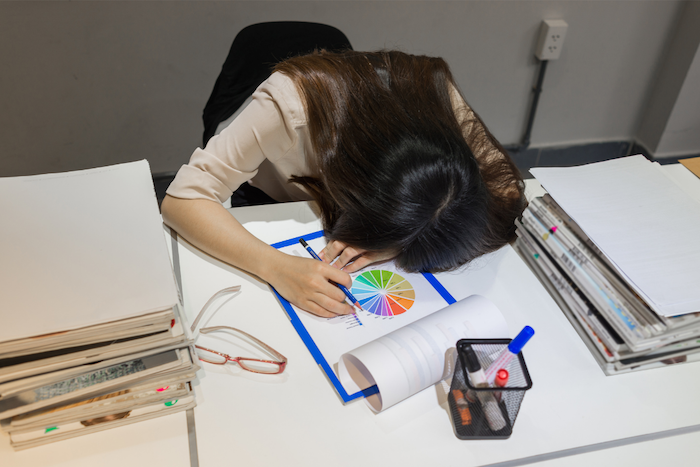 But while an irregular sleeping schedule may be disruptive, so can a lack of sleep.

One study looked at the impact sleep deprivation had on the gut flora. They compared one group getting four hours of sleep per night with a group getting eight and a half hours.

After two days, the sleep-deprived group had an increased population of bad bacteria in the gut that has been associated with weight gain, obesity, and type 2 diabetes. [48, 49]

While this is a new area of research, the studies which have been done so far indicate that – to optimize your gut’s health – it’s best to get a solid sleep routine down.

Your physical health is important for the health of your gut, but so is your mental health.

In the gut, stress can increase sensitivity, reduce blood flow, and – you guessed it – alter the gut bacteria. [50]

Several studies in mice have shown that being exposed to stressful situations increases the amount of harmful bacteria while also reducing beneficial bacteria. [51, 52, 53, 54, 55]

In humans, studies are limited. However, one looked at college students before and after the most stressful period of their semester – exam time. At the end of the stressful period, students were found to have lower levels of good bacteria. [56]

However, there could be some other variables not taken into consideration in the above study, such as food choices, sleeping patterns, and other factors that could affect the gut and may have changed with the stressful season.

How to improve gut health

If you’re looking to increase the health of your gut, the best thing you can do is limit the harmful things you may be doing and make some changes. This might include prioritizing sleep, looking for ways to reduce stress, eating more prebiotic-rich foods, or cutting back on alcohol.

Another great option is to increase the good bacteria. 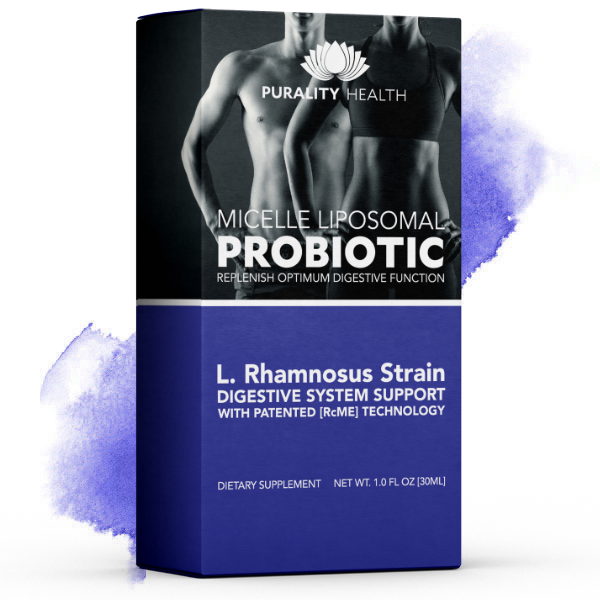 When you take a probiotic with tons of different bacteria strains, they often compete with each other. This means instead of benefiting your health, they’re trying to become the dominant strain.

Instead, taking in just one strain – such as L. rhamnosus – allows for it to do what it does best right away.

And one of these things is actually promoting the growth of other beneficial bacteria strains, while eliminating harmful types of bacteria.