Previously known as PuraTHRIVE, we’re Purality Health! Click here to learn more about our name change.
MOTHER’S SAY SALE IS NOW LIVE! Access up to 35% OFF, FREE Shipping, and a FREE Gift!

Vitamin C is an organic compound made of carbon, hydrogen, and oxygen. It has always been here, in our foods. But we weren’t always aware of it, nor did we always refer to it as vitamin C. But the nutrient has played a major role in human health – or lack thereof – for as long as there have been humans!

The discovery of it starts with an illness which likely makes you think of pirates. But there’s much more to it than that…

Much of vitamin C’s history has to do with a deficiency disease known as scurvy. This awful disease outlines the great importance that vitamin C has on the health of our bodies.

In approximately 1550 BC, Ancient Egyptians provided the first account of symptoms to a scurvy-like disease in a medical text called The Ebers Papyrus. The recommendation for treatment was to eat onions, which we now know contain small amounts of vitamin C.

Following that, in 400 BC, Hippocrates, an ancient Greek physician, outlined another account of a disease which sounded much like scurvy.

Though scurvy seemed to be present throughout the ages, especially in times of food shortages, the disease didn’t take the limelight until around the 1400s, into the age of sailing. At this time, the sickness was unignorable. Between the 1400s and 1800s, an estimated two million sailors died of scurvy. 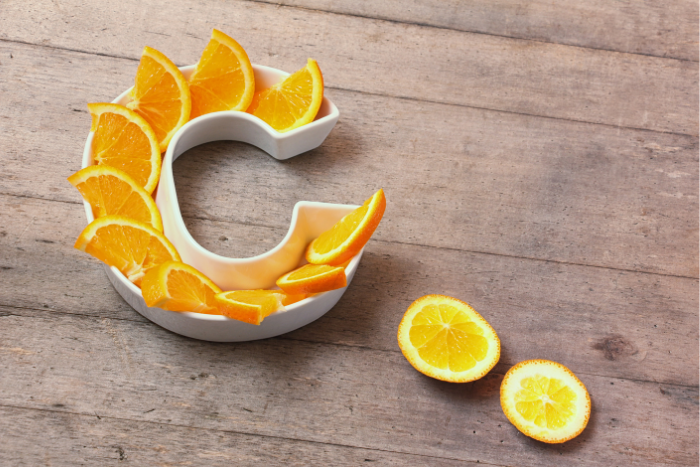 The disease was so prevalent during this time that navies would assume a 50% loss of crew due to scurvy when taking sail. These long trips with limited foods – especially fresh produce, the main source of vitamin C – left sailors without this crucial nutrient, and before too long, symptoms of the dreaded illness would take hold.

Symptoms include lethargy, weakness, achy joints, swollen and bruised skin, spongy gums, loose teeth, the opening of old wounds, and more. Left untreated, the sickness can be fatal due to a sudden hemorrhage near the heart or brain.

As time went on, and as countries lost uncountable amounts of sailors to scurvy, a fix needed to be found. The impact of the disease was so harsh that it was even costing nations battles at sea, as their sailors were either too sick to engage in combat or too weak to defend themselves.

A consensus began to grow that there was a correlation between a diet filled with fruits and vegetables and one’s luck in avoiding scurvy. Researchers just had to figure out why.

Honing in on vitamin C

In 1747, British Royal Navy surgeon James Lind ran a study. He took twelve sailors who were suffering from scurvy and gave them six different treatments. Those eating citrus fruit – oranges and lemons – saw a remarkable recovery.

By 1795, British navy physician Gilbert Blane saw to it that regular consumption of citrus juice was to be required on all British naval vessels. This implementation saw the end of scurvy for the British navy, saving thousands of lives per year.

Though getting closer, it still wasn’t fully determined what caused scurvy, or what it was about citrus that prevented and treated it so well. Researchers got closer in 1907 when Norwegian biochemists Axel Holst and Alfred Fröhlich induced scurvy into guinea pigs by withholding certain foods, and then cured them by feeding the rodents cabbage, a vegetable high in vitamin C.

This finding showed that scurvy was likely a deficiency disease. At a time of many vitamin discoveries, the experiment kicked off the hunt for the specific nutrient responsible. 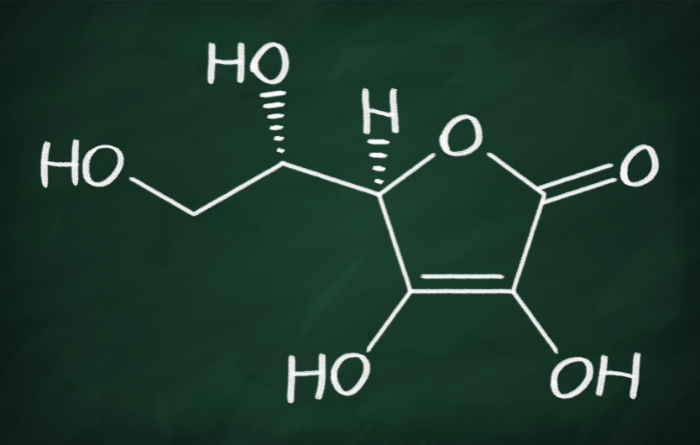 The discovery of vitamin C

In 1928, Hungarian biochemist Albert Szent-Györgyi isolated a substance from adrenal glands that he theorized was the likely culprit from Holst’s and Fröhlich’s guinea pig experiment, calling it hexuronic acid.

Four years later, British chemist Walter Haworth determined the molecular structure of hexuronic acid in his lab, calling it ascorbic acid, as ascorbic means “anti-scurvy”. Following this, Polish biochemist Casimir Funk, who was the first to formulate the concept of vitamins, coined the term “vitamin C” for ascorbic acid.

In 1933, Haworth led a team of scientists who were able to recreate vitamin C in the lab.

As time went on, the health benefits outside of scurvy began to be researched, starting mainly with chemist Linus Pauling’s best selling 1970 book called Vitamin C and the common cold.

From there, researchers have found that vitamin C is crucial to immune health, skin health, joint health, mental health, heart health, and more. [2, 3, 4, 5, 6]

The amazing thing about vitamin C is just how much that it can do for our body and our health. But the downside is that it’s an essential water-soluble nutrient – meaning your body needs it but doesn’t make it or store it. That’s why so many sailors suffered from being deficient. Their bodies couldn’t make it or rely on stores of it within the body.

Surprisingly, scurvy still exists today, even in developed countries like the United States. This is due to an estimated 10-14% deficiency rate of vitamin C within adult Americans. [7]

The truth is, vitamin C does so much for the body that even being slightly low in it can be unfavorable for overall health.