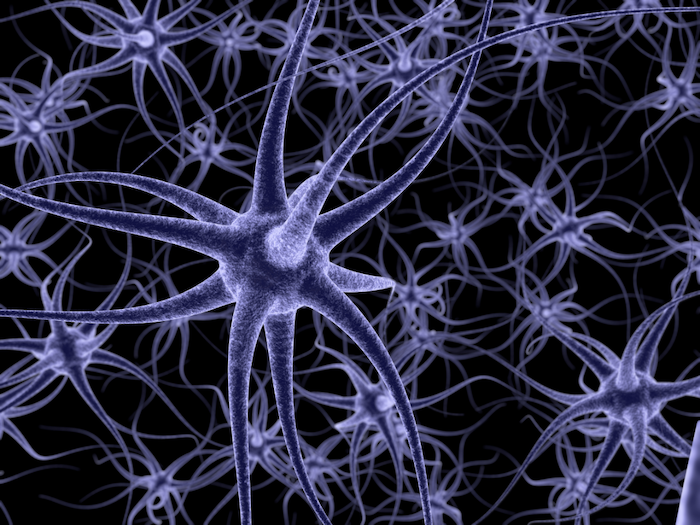 Once upon a time, it was believed that ergothioneine (ERGO) didn’t really have any important physiological functions in humans. This was mainly because we don’t produce it on our own. But then came the discovery of a specialized ERGO transporter – now called ETT – which absorbs ERGO and moves it directly into our cells. This transporter is natural to our body.

So, it makes you wonder – was our body designed to take in ERGO and use it? With the discovery of ETT, this is what it was starting to look like. [1, 2]

The transporter takes ERGO and places it into cells, especially those that deal with a high level of oxidative stress, such as red blood cells in the central nervous system. From here, ERGO helps the cell produce energy at the mitochondrial level, which can help with cell regeneration.

There have also been some other fascinating discoveries made about ERGO in recent years, which we will get into below. But before that, you may be wondering…

What even is ERGO?

Don’t worry, we can cover that too!

ERGO is a sulfur-based amino acid. Amino acids are types of compounds that help the body build proteins. It was discovered in 1909 by Charles Tanret, a French pharmacist and chemist. He discovered it within ergot fungus, a type of fungus which, at the time, was destroying crops.

Though only recently discovered, it’s thought that ERGO may have originated from ancient earth, due to its anaerobic nature – meaning it doesn’t need oxygen to function. This means it could be more than three billion years old!

Since then, ERGO has been discovered in a wide variety of organisms all over the globe. That being said, not many creatures produce the amino acid on their own. In fact, ERGO is only produced by bacteria and fungi. In order for a mammal such as ourselves to get it, we need to consume and absorb it from an external source.

Which raises another question… 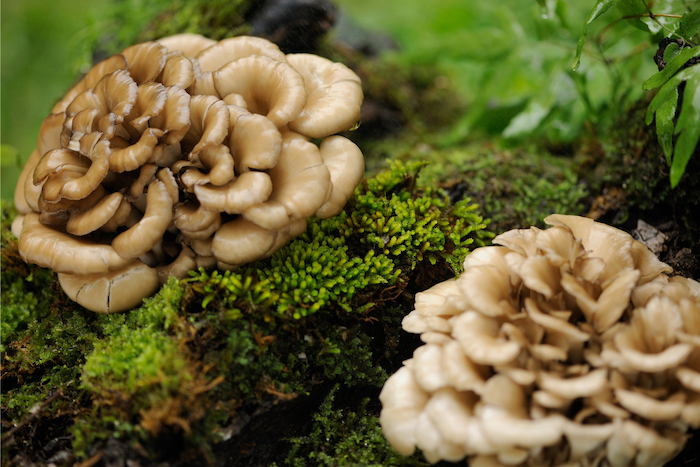 Which foods contain the most ERGO?

A range of foods contain ERGO, including grains, beans, and chickens. However, one type of food really takes the cake. Or, takes the ERGO, rather.

Mushrooms contain the most significant amount of ERGO by far. They’re the most concentrated dietary source of this amino acid – containing as much as several hundred times more than the next closest competitor. [3]

While your everyday grocery store mushrooms contain trace amounts of the amino acid, it’s the more rare medicinal mushroom that comes out on top. For example, mushrooms like maitake, reishi, and turkey tail are loaded with ERGO.

What are the benefits of ERGO?

If our bodies have the specialization to take in ERGO and personally deliver it to the cells which seem to be under the most stress, then certainly this amino acid serves a significant purpose within the body.

Research is ongoing, but scientists are beginning to unearth some interesting qualities associated with ERGO. Below are some of the discoveries that have been made about the amino acid. 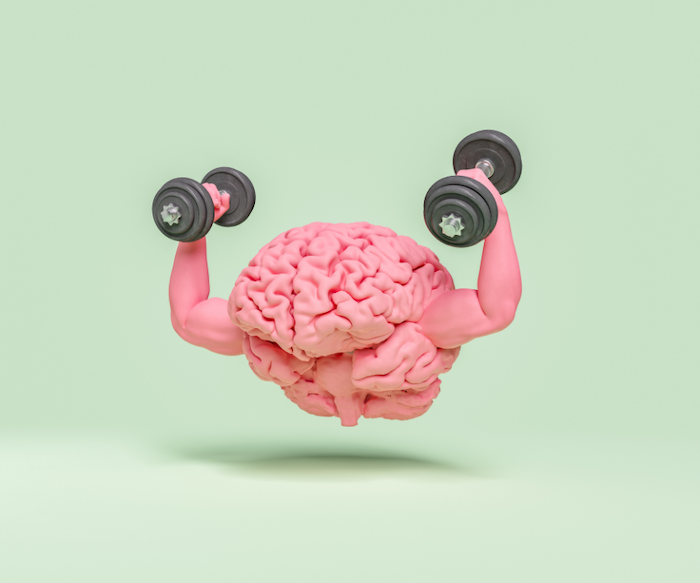 Though we don’t make the amino acid ourselves, through diet, we do have some ERGO within our bodies. However, researchers have discovered that ERGO levels decrease as we get older.

An observational study found that older adults suffering from age-related memory issues had lower ERGO levels than those with no impairment. [4]

This link is likely because ERGO acts as a unique antioxidant, anti-inflammatory, and therapeutic agent that specifically helps protect brain cells. [5]

In fact, ERGO has been shown to protect against β-Amyloid peptides – neurotoxins that attack the cells of the brain and are attributed to most cases of dementia and cognitive decline. [6]

It comes as no surprise then that – when compared to those struggling with age-related cognitive decline – older adults with healthy cognition were found to have higher levels of this crucial amino acid. [7]

The ERGO antioxidant will actively seek out and neutralize a wide range of free radicals to help protect from oxidative stress. [8] 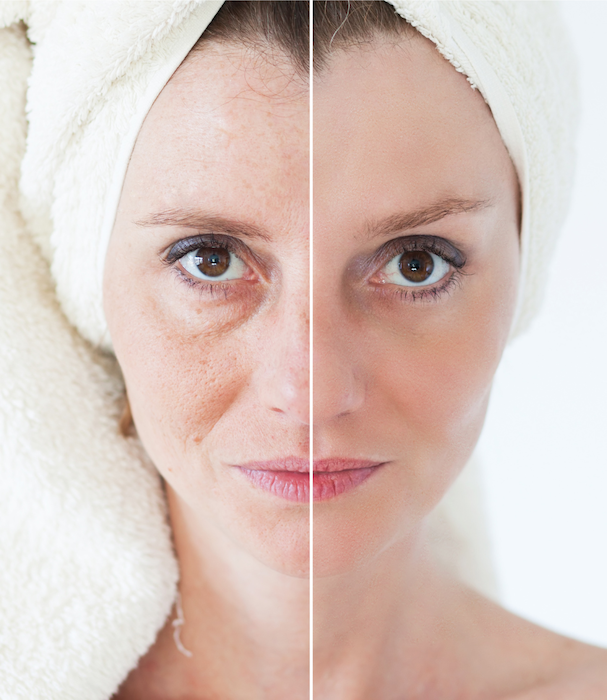 When you have optimal levels of ERGO, research suggests that you won’t just feel mentally sharper and be protected from antioxidants – but you’ll look better too!

Throughout our lifetime, consistent exposure to the sun’s UV rays causes damage to our skin. This doesn’t just have to be the result of sunburns. It can be everyday exposure building up over time. This is called “photoaging”, and it ages the skin much faster than it needs to – causing wrinkles, fine lines, and discoloration.

Research suggests that ERGO has dermato-protective effects, helping to prevent the accelerated aging often caused by UV light exposure. Amongst skin cells, ERGO has been shown to suppress an enzyme activated by UV radiation which degrades collagen – the main structural element of your skin. Because of this – and since ERGO is considered to be a very stable antioxidant – researchers are recommending ERGO be added to skincare products for added protection. [10]

But ERGO can also help you age better on the inside.

Research has shown that the amino acid may have potential to protect our cardiovascular system and brain from the effects of aging.

In a Swedish study of 3,200 people, ERGO was found to be the best metabolic marker in reduced cardiovascular risk and mortality out of 112 markers examines, even after 20 years of follow-up! [11]

With all of this fascinating research intriguing scientists in recent years, ERGO has been dubbed “the longevity vitamin”.

With its unique ability to penetrate the mitochondria of our cells and protect them from the inside out, to its shown ability to pass through the blood-brain barrier – we’re likely just seeing the beginning of what this amazing compound can do. [13, 14]

But one thing is for sure… 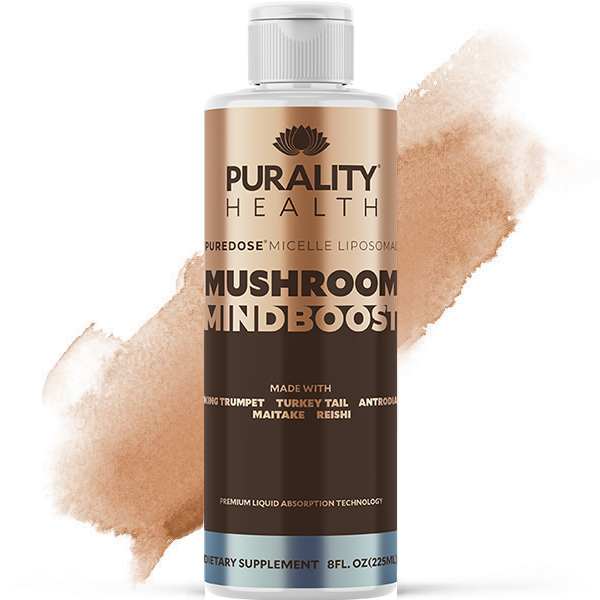 Given the studies listed above, it seems clear that ERGO can help your brain function at its best, staving off cognitive decline.

This is why we created Mushroom Mindboost.

It allows you to get ERGO – along with the dozens of other amazing compounds found in the FIVE medicinal mushrooms present in our formula – in a micelle liposomal formula. It’s a pure dose of nature’s finest compounds!

To learn more about what benefits you can expect from Mushroom Mindboost, the five mushrooms it contains, and more – CLICK HERE!