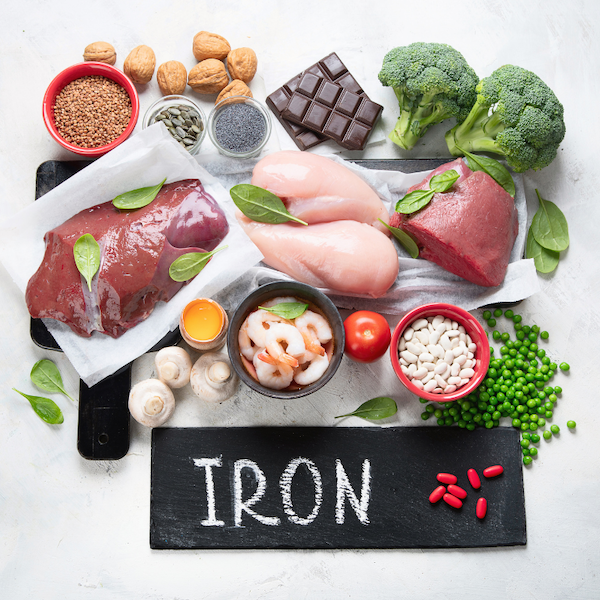 Iron is an essential nutrient that plays a vital role in our health and is necessary for many bodily functions.

Your body uses this mineral to make hemoglobin, a protein in red blood cells which carries oxygen from the lungs to all parts of the body. It’s also used to produce myoglobin, a protein that provides oxygen to the muscles. Additionally, your body needs iron to make some hormones, and it plays a crucial role in growth and development.

As such, being without can really throw things out of whack. But unfortunately, iron deficiency is all too common. It affects billions of people around the world and is likely the most prevalent deficiency out there. [1]

If you’re deficient in iron, there are many ways to tell. In today’s blog, we’ll cover the top ways to know if you’re low in iron, as well as what you can do to boost iron levels.

So, without further ado, here are the top ways to know if an iron deficiency is affecting you:

1. You’re feeling tired all the time

Because iron helps provide the much-needed oxygen to the cells of your body, one of the most common symptoms of iron deficiency is fatigue. If you’re constantly feeling tired and run down, even after a good night’s sleep, it could be a sign that you’re not getting enough iron.

Shortness of breath is another common symptom of iron deficiency. This is because your oxygen levels are likely low due to the low levels of hemoglobin. If you find yourself getting winded more easily than usual, it could be a sign that you need a boost of iron.

Weakness and dizziness are other common signs of iron deficiency. This is again because of low oxygen levels.

If you find yourself experiencing lightheadedness or feeling more fatigued than normal, it could be a sign that you need to up your iron intake.

Pica is a condition characterized by an intense craving for non-food items, such as dirt, clay, paper, or ice cubes. While it’s not entirely clear why, pica is often associated with iron deficiency. As such, if you find yourself craving non-food items, it could indicate that you’re not getting enough iron.

5. You have restless legs syndrome

6. You have spoon nails

Spoon nails, or koilonychia, is a condition characterized by spoon-shaped nails. While it can be caused by a number of things, including over-washing your hands or exposure to chemicals, it’s often linked to iron deficiency. If you have spoon nails, see if a boost in iron helps return them to a healthier shape.

7. You have brittle hair or hair loss 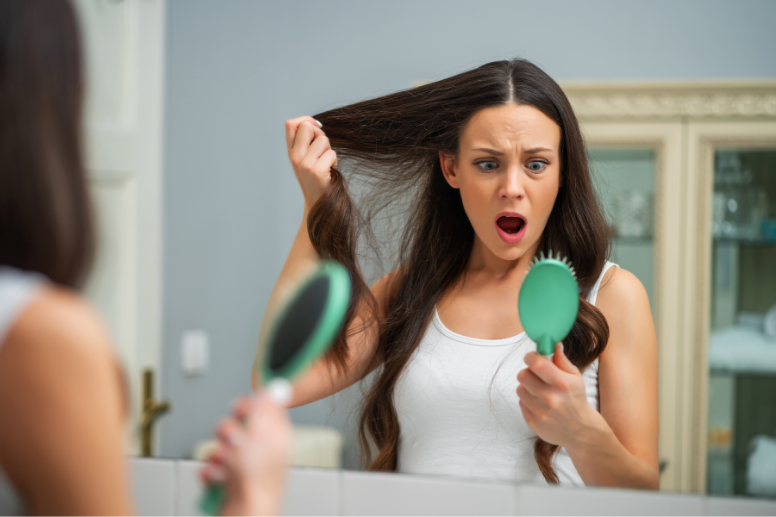 Hair loss is another common symptom of iron deficiency, since your hair requires oxygen to grow. In fact, hair follicles are among the busiest cells in the body, meaning they require that much more oxygen.

When these cells can’t get enough oxygen, they can’t function properly. If you find yourself shedding more hair than usual or your hair is looking brittle and weak, it could be a sign that you need to up your iron intake.

8. You have difficulty swallowing

Difficulty swallowing, or dysphagia, is another sign of iron deficiency. This is because low iron levels can eventually lead to the accumulation of small, thin growths of tissue that partially block the upper esophagus.

If you find yourself having trouble swallowing food or liquids, it could be a sign that your iron levels are low.

9. You have pale skin

Pale skin is another common symptom of iron deficiency. This is because it’s the hemoglobin in the red blood cells which gives blood its red color.

If you find that your skin is looking unusually pale or washed out, it could be a sign that you’re low on hemoglobin as a result of not getting enough iron.

Do any of these sound familiar?

If you’re experiencing any of these symptoms – especially more than one – it’s important to talk to your doctor.

In the meantime, you can make sure to include iron-rich foods in your diet. These include red meat, dark leafy greens, beans, and fortified cereals. You can also take an iron supplement, which is available over the counter at most pharmacies.

Iron deficiency can be easily treated with diet changes or supplements, but it’s important to catch it early. However, if you’ve had several of these symptoms for a prolonged period of time, it’s best to consult with your doctor so that you can get the issue resolved swiftly and properly.

Want to boost your iron levels?

Whether or not you’re experiencing symptoms of an iron deficiency…

You want to make sure that you have enough.

Did you know that taking iron with vitamin C can boost iron absorption?

One study found that just 100mg of vitamin C taken with iron increased the iron’s absorption rate by 67%! [2] 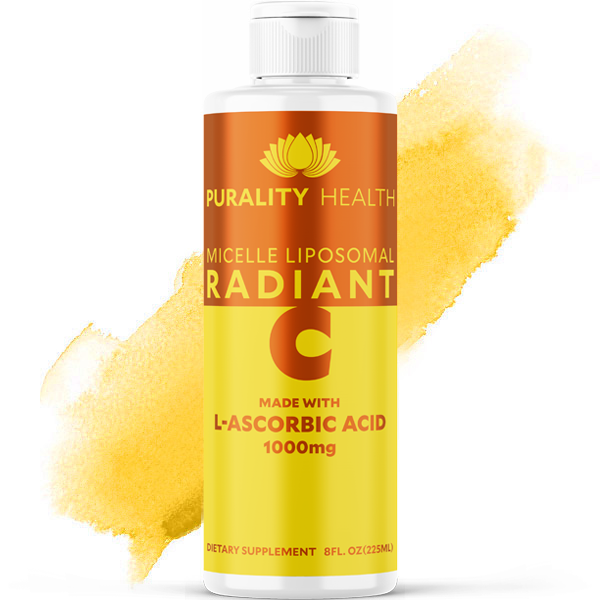 One study showed that adding beta-carotene to a meal increased iron absorption by more than 300%! [3]

And here’s some amazing news…

While we use beta-carotene for natural coloring…

It’s also a powerful antioxidant that can increase iron absorption…

As well as be converted into vitamin A in the body.

It’s just one more thing that makes our all-natural Radiant C so awesome!

To see ingredients, reviews, and more…